Dar Si Said is one of the most popular folklore museums in Marrakesh. The exhibition is housed in an old palace and combines artisan craftwork and Islamic architecture.

The folklore museum Dar Si Said is located in a palace in the southern medina, only a few steps from the Maison Tiskiwin. The spacious town house belonged to the younger brother of the grand vizier Ba Ahmed. It was turned into a museum during the French protectorate in 1932 and was renovated in 1978/80 and again in 2008. There are also minor ongoing renovations today (2017). 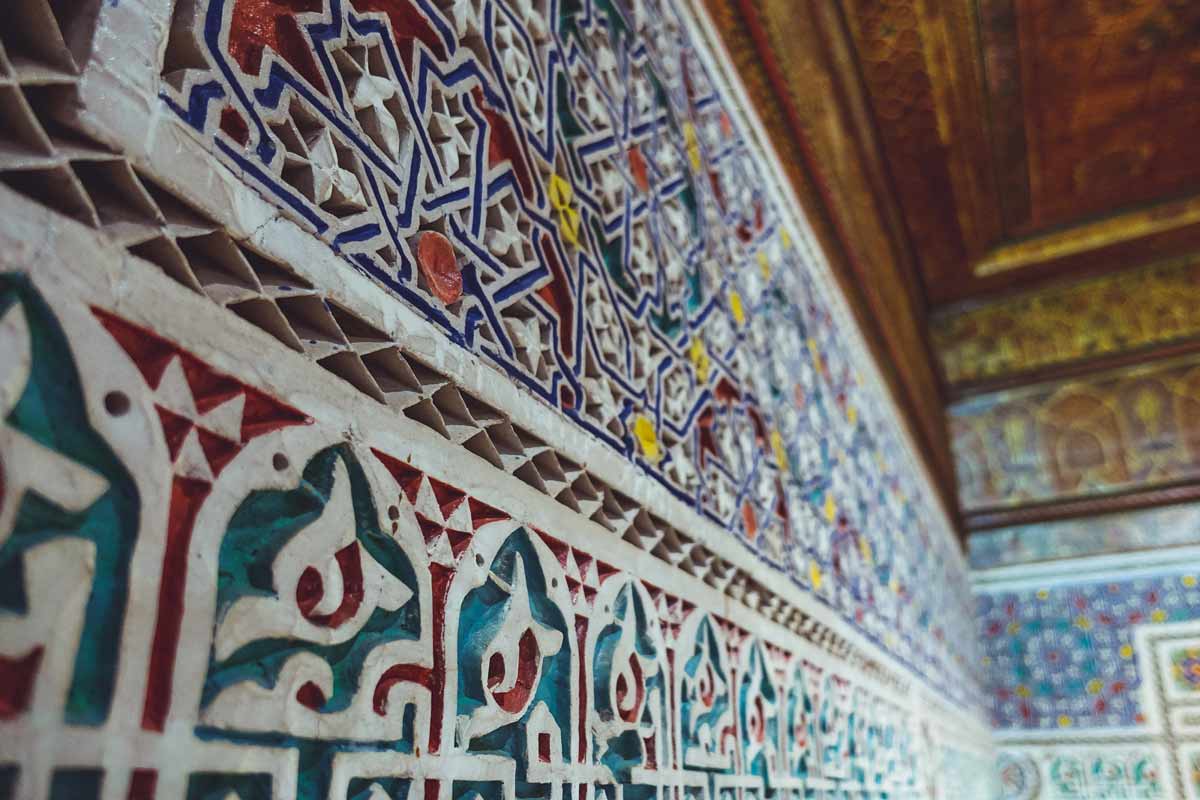 The two-storey palace was built in the late 19th century. Although its architecture is similar to the Bahia Palace in many respects, the Dar Si Said is, of course, much smaller than the famous Alawid building.
The palace has several courtyards with small gardens. The adjoining, representative rooms on the ground floor are designed generously. There are elaborate tiled mosaics, filigree carved wooden ceilings and masterpieces of stucco. 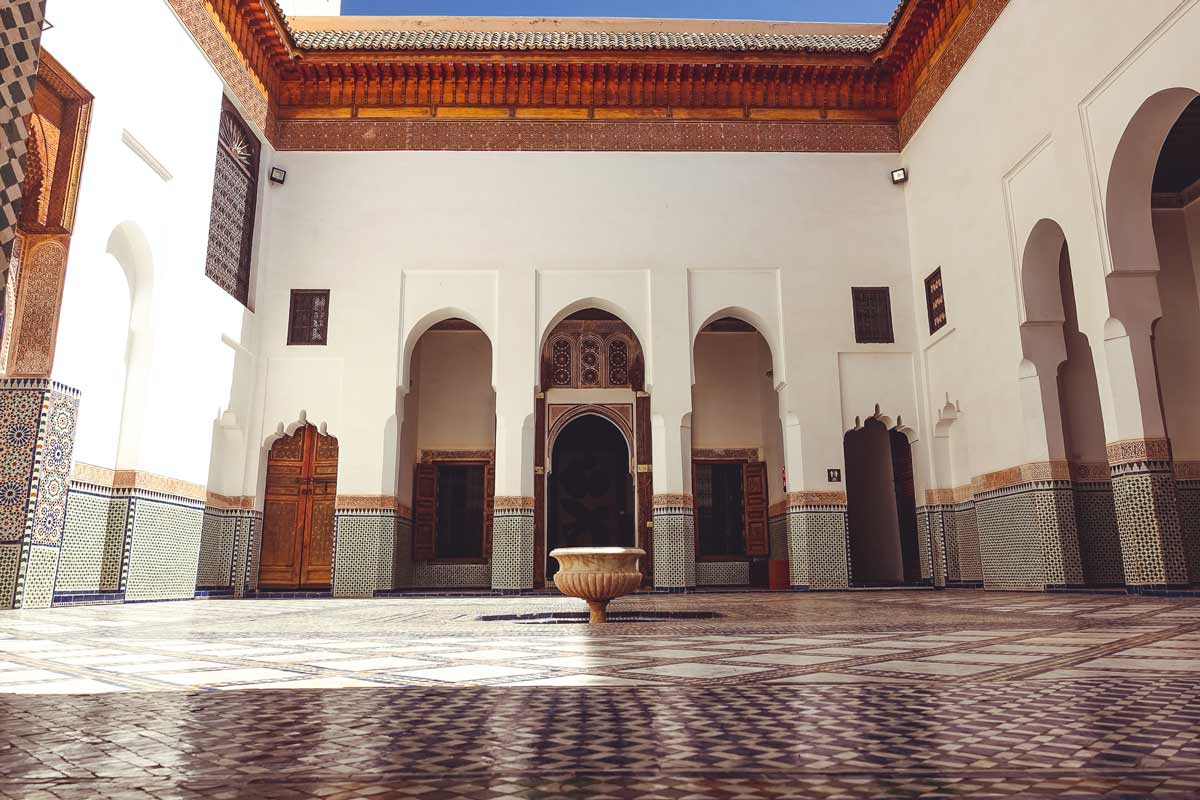 The decoration of the upper floor of the palace is more modest. You will see the former living rooms of the Wesir Palace here. Today, they belong to the Dar Si Said Museum as well and are open to the public.

The exhibits on this floor are mostly of Berber origin and depict the most important parts of Berber culture. Apart from jewelry, textiles, carpets and musical instruments, this also includes ceramics and weapons from several centuries of Moroccan national history.

One of the highlights of Dar Si Said is an ancient stone basin, which you can find near the entrance. It is a masterpiece of Islamic art. The basin was built in the year 1000 in the Spanish Cordoba and stood in the Medersa Ben Youssef for centuries. An exhibit like this is very rare in the anti-figurative art of the Islamic world. While on one side it is generously decorated with arabesque motifs, there are two eagles on the narrow side, spreading out their wings. 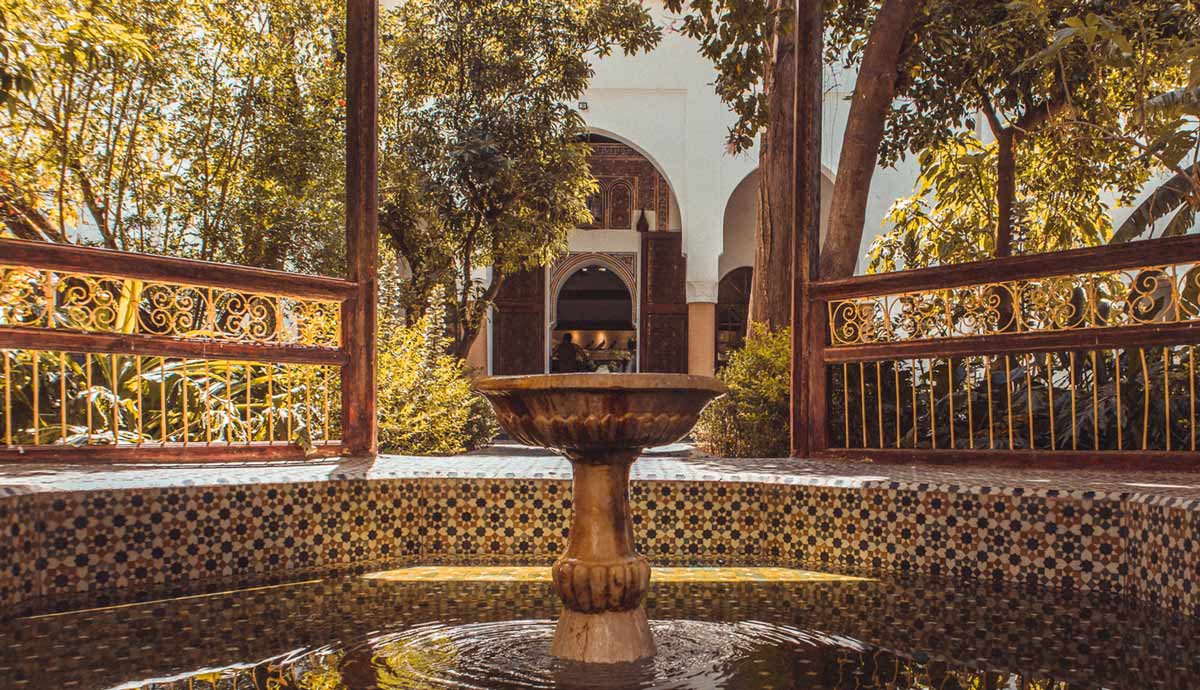 Conclusion: an alternative to the Bahia Palace

Dar Si Said is located in a very beautiful palace building. Even though the museum has seen better days and parts of it are being renovated, the graceful architecture of the building alone makes a visit worthwhile. The actual exhibition is not significantly different from other museums such as Maison Tiskiwin or the Heritage Museum.

You will see some details of traditional Berber culture, which give insight into everyday life in historical Morocco. Particularly noteworthy are the basin of Cordoba and the large wooden doors from the old storage houses in the anti-atlas. 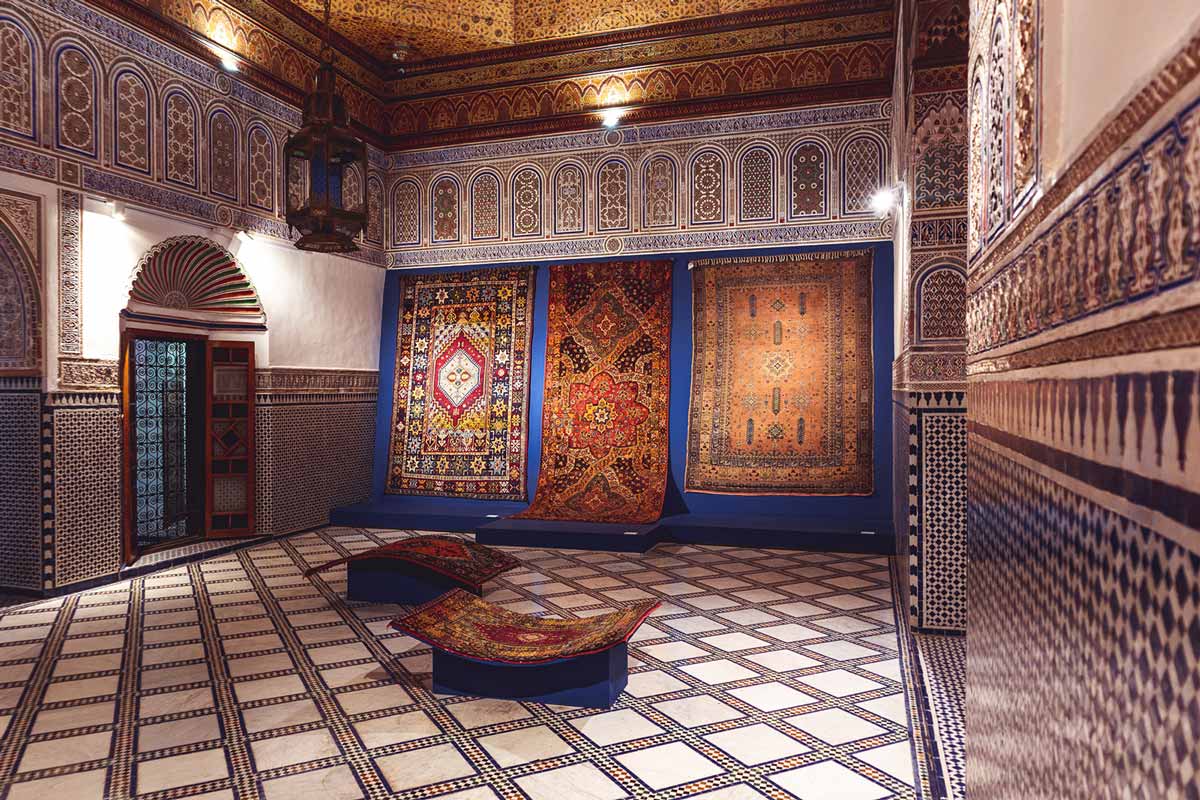 Most of the exhibition slides are only written in French and Arabic, some in English. The first floor is wheelchair accessible with limited restrictions. Unfortunately, the rest of the building is not barrier-free.

The Dar Si Said is open from 9 am to 4.45 pm from Wednesday to Monday. The museum is closed on Tuesdays. 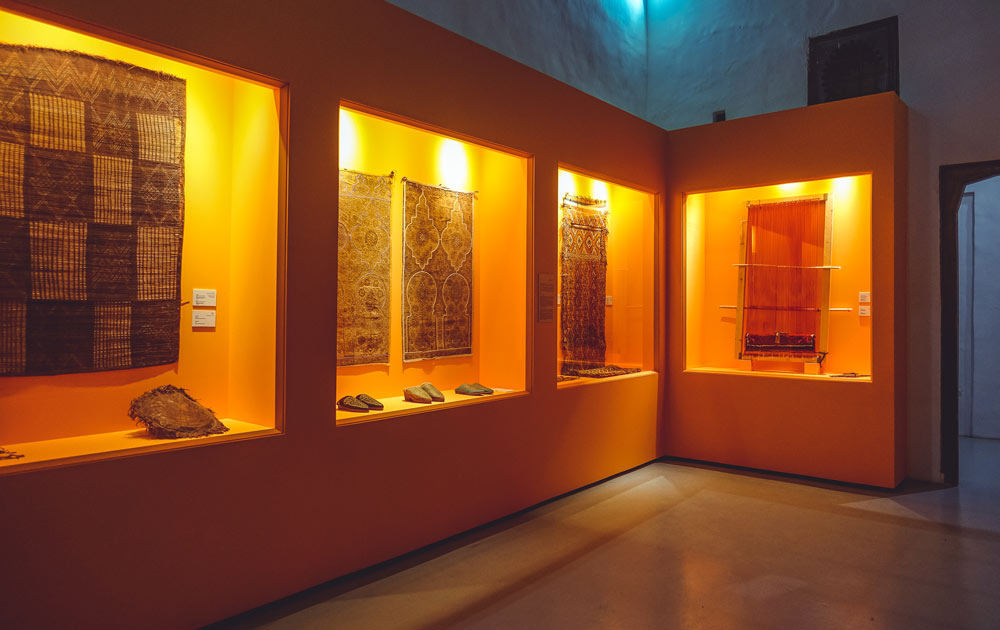 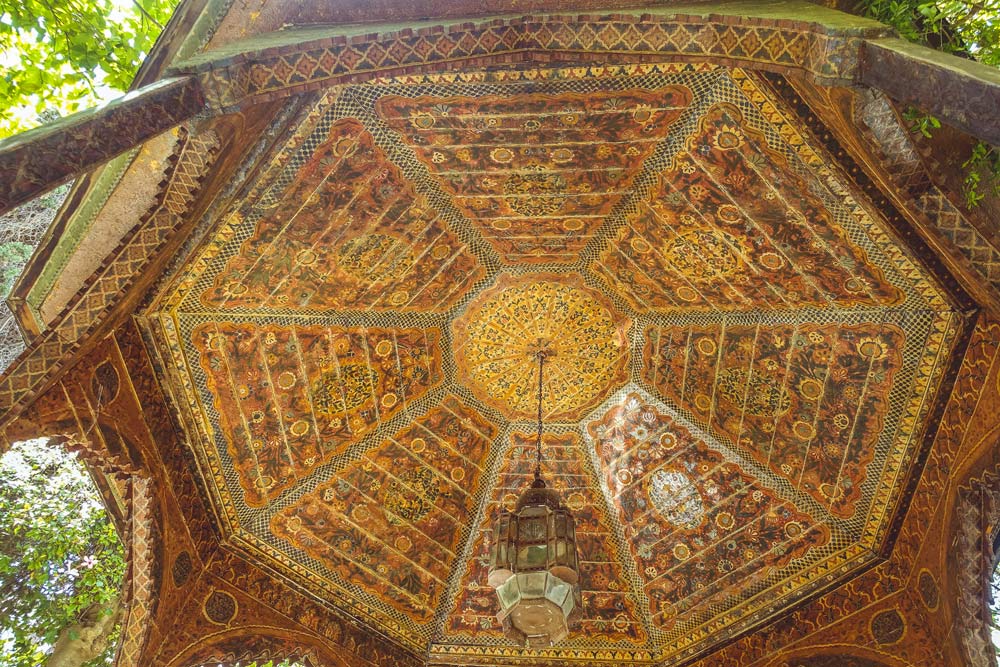 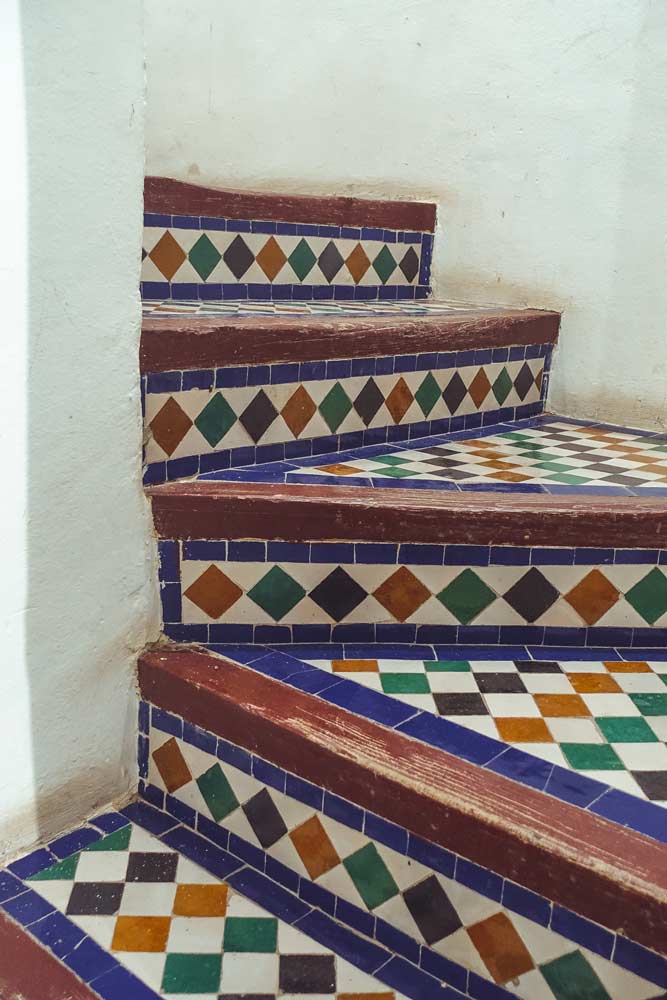 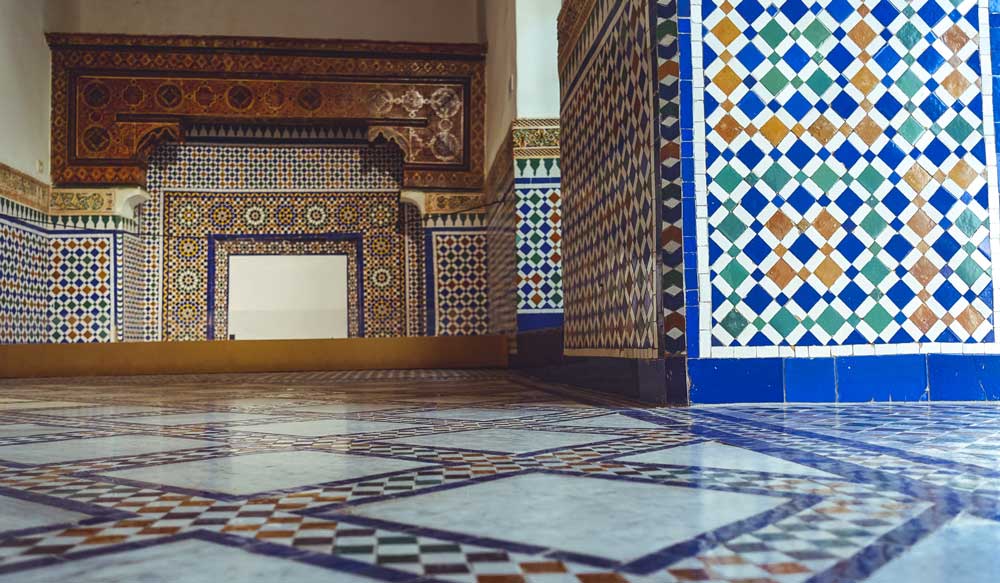 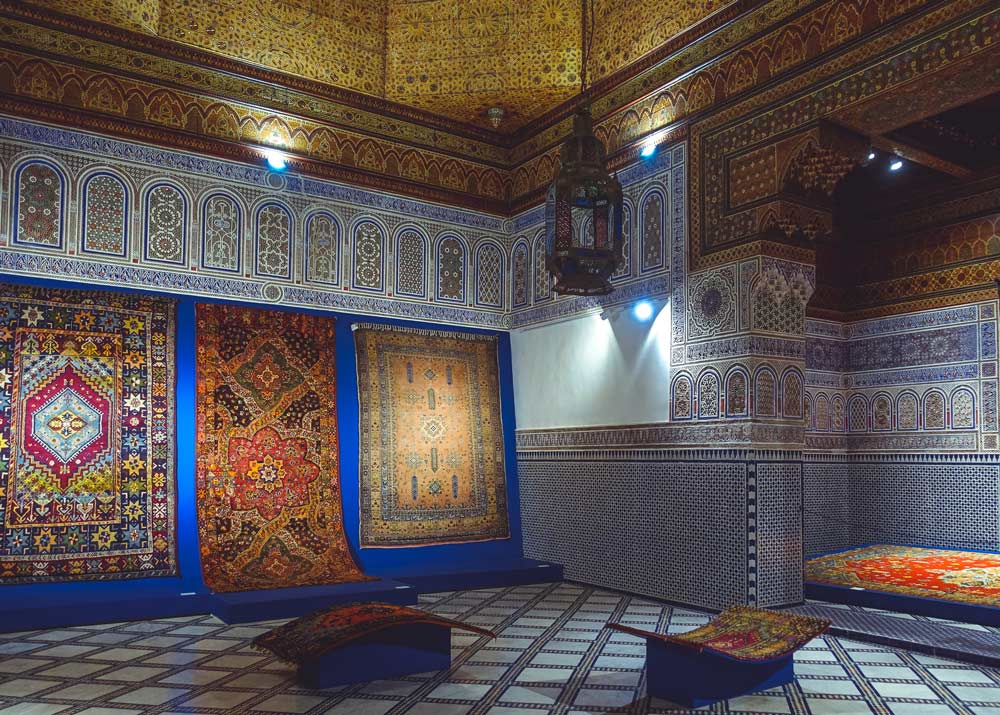 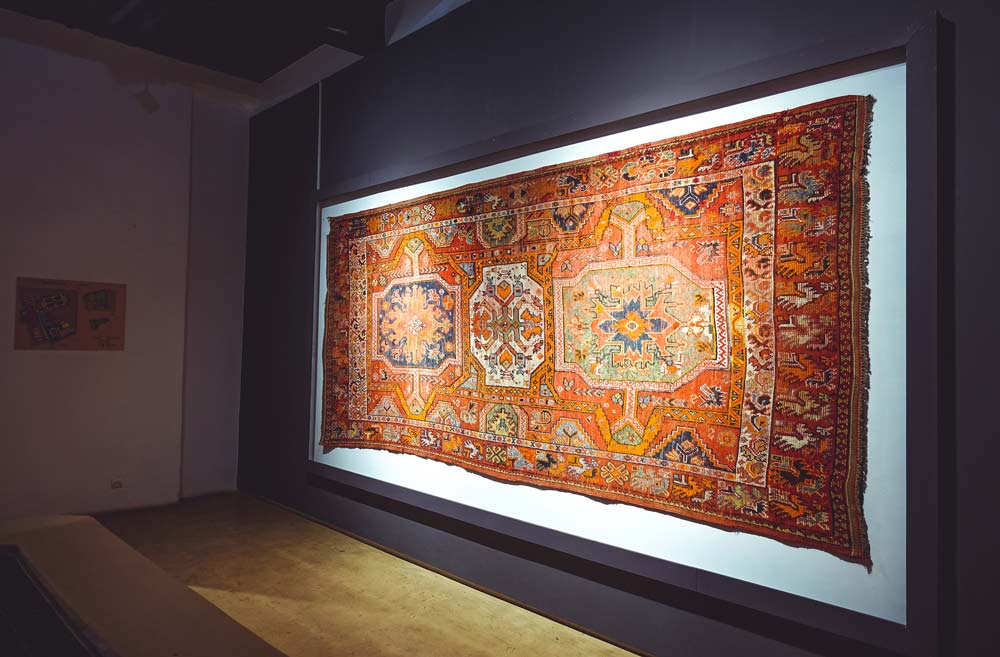 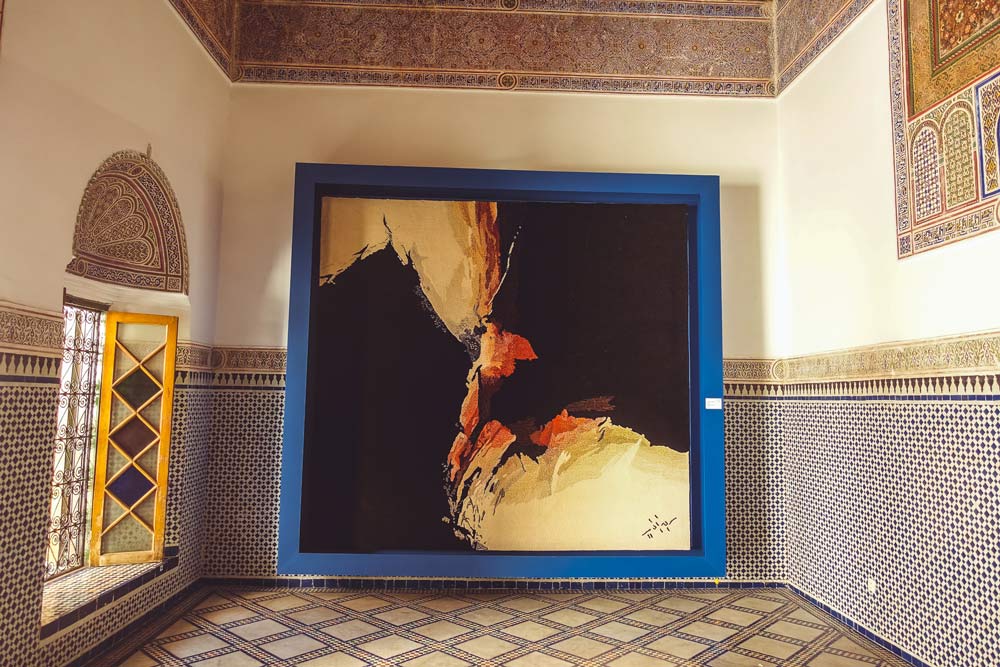 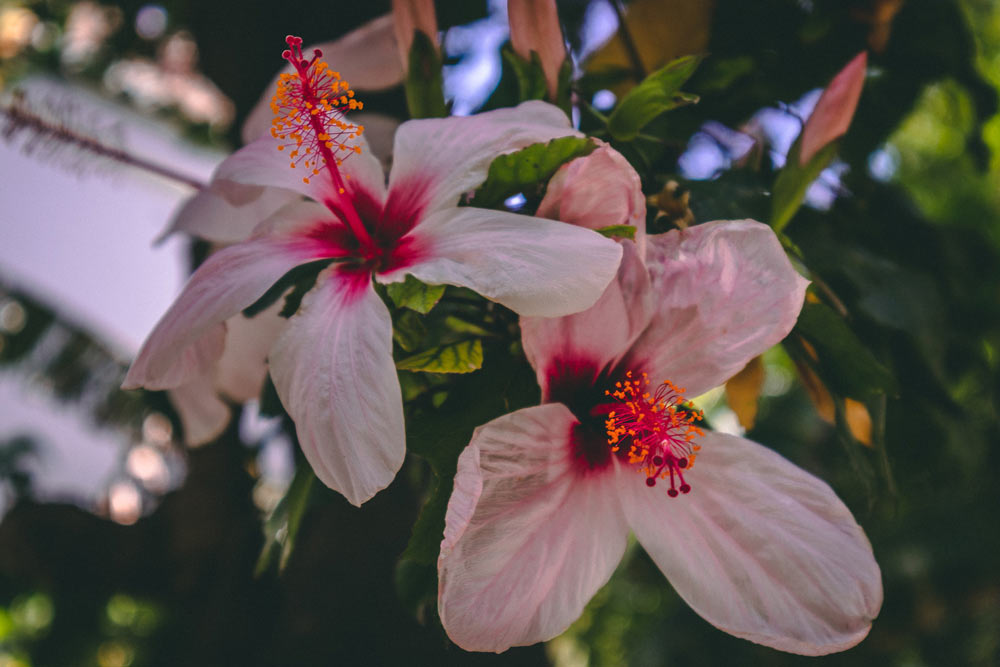 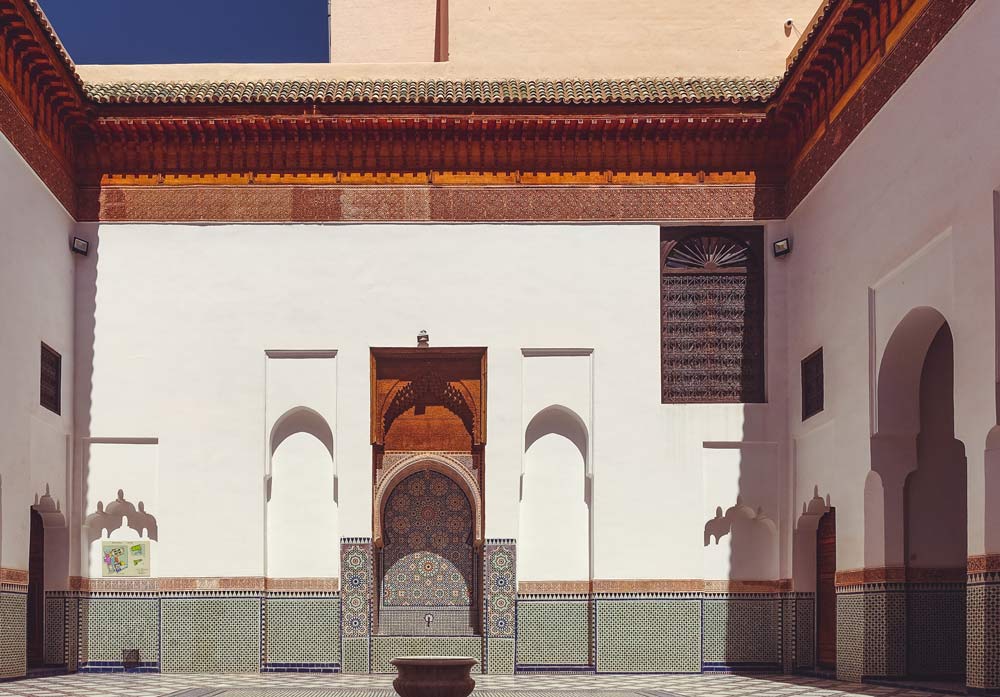 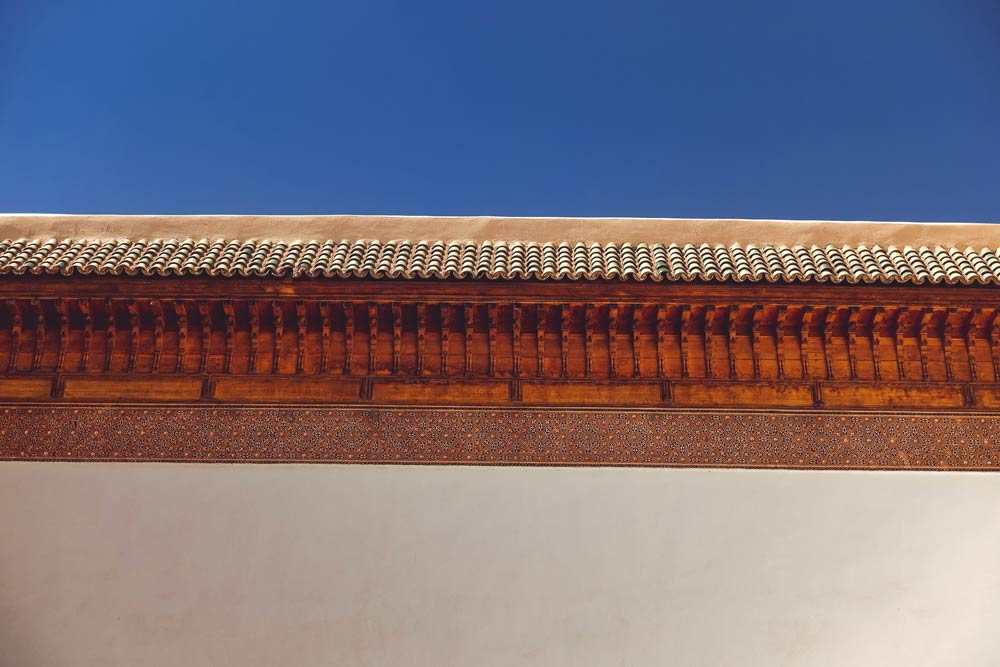 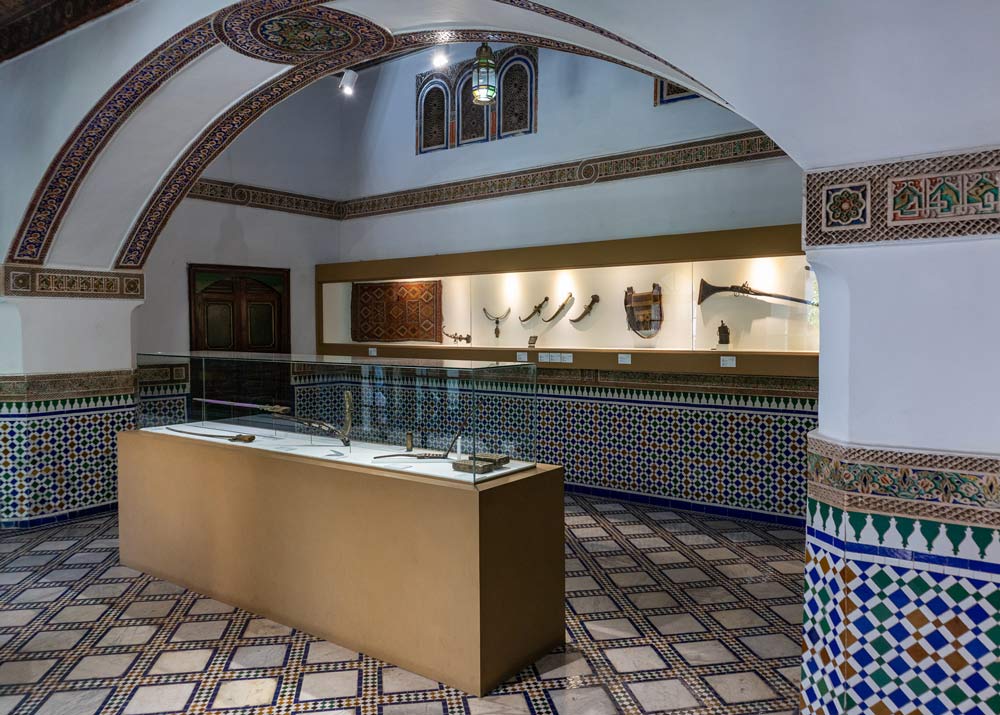 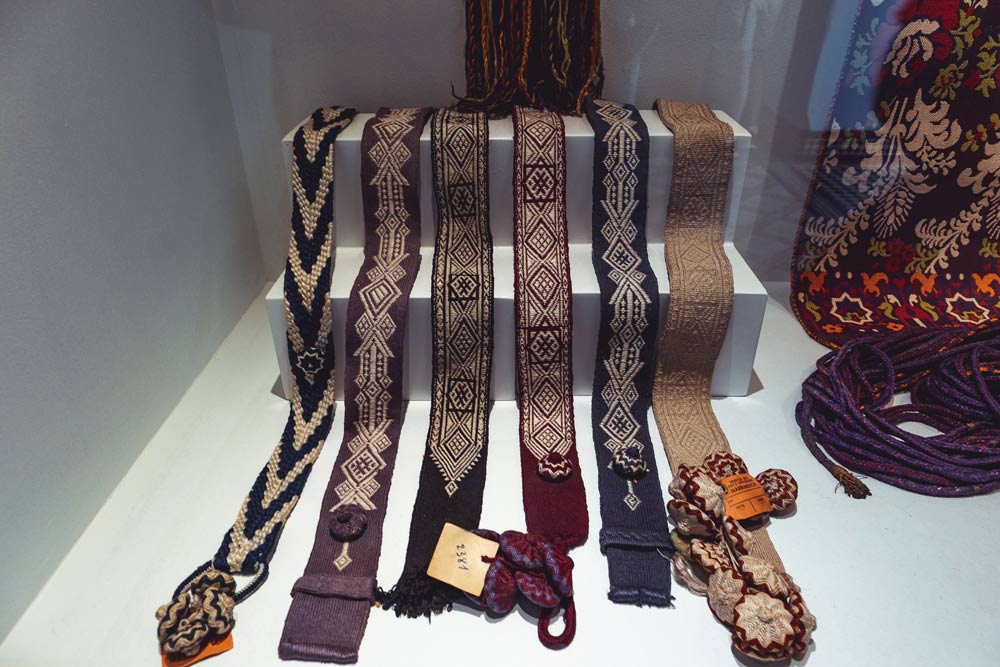 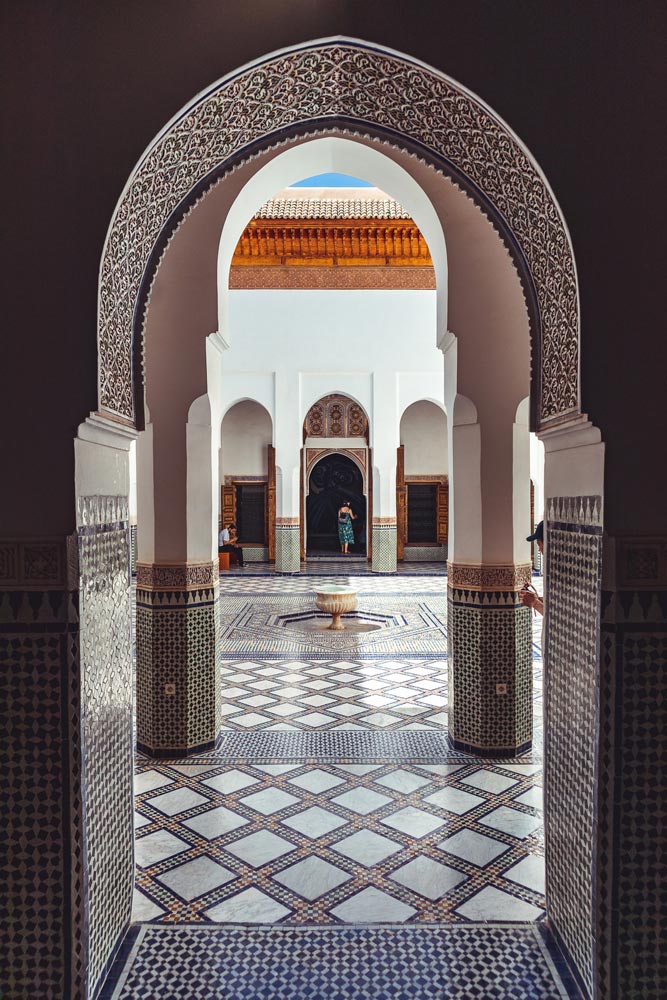 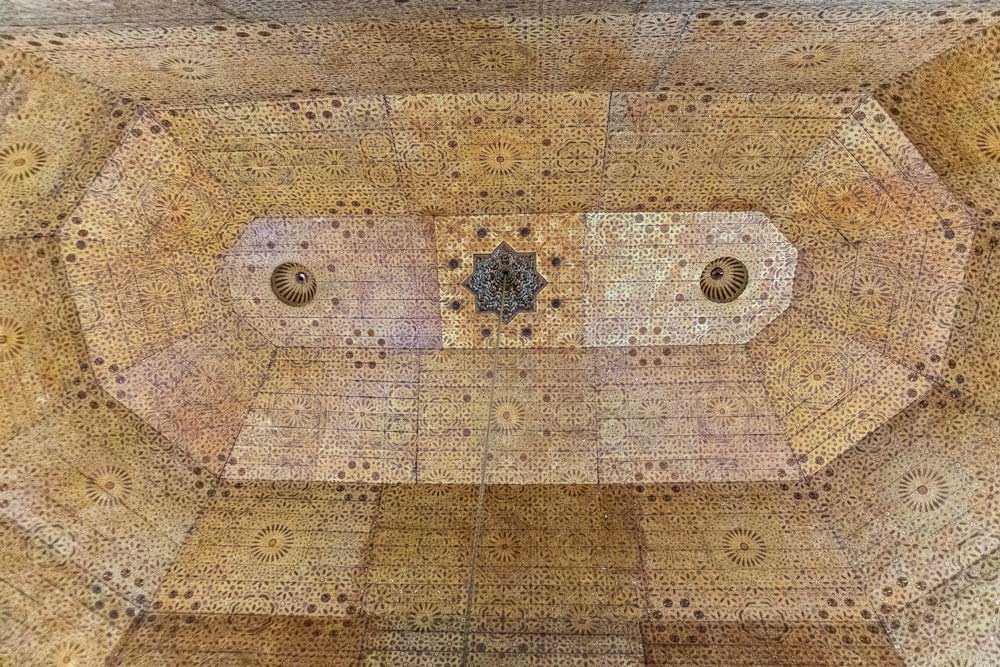 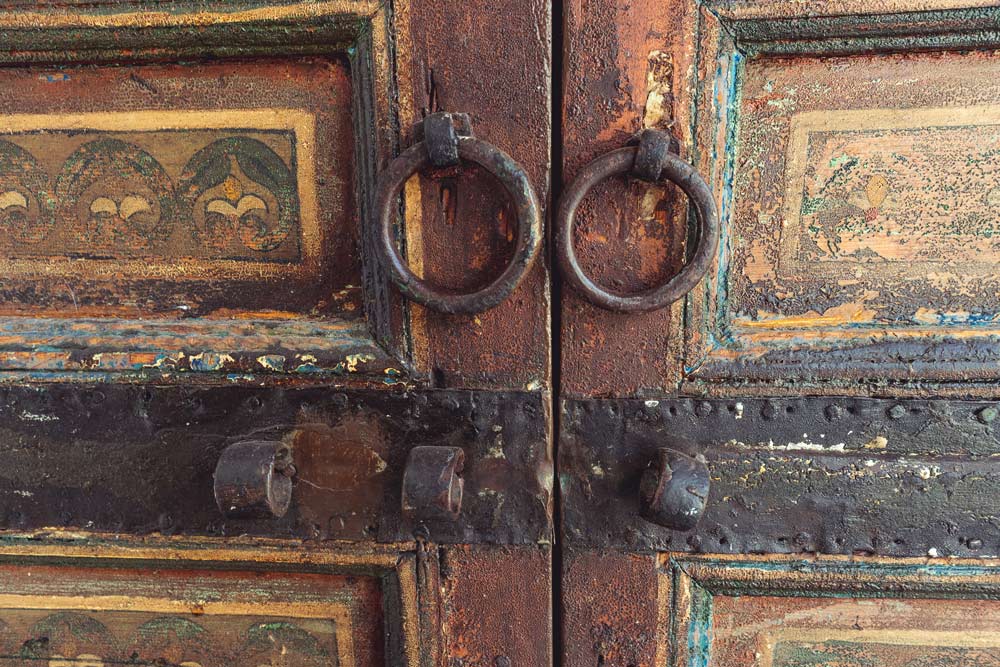 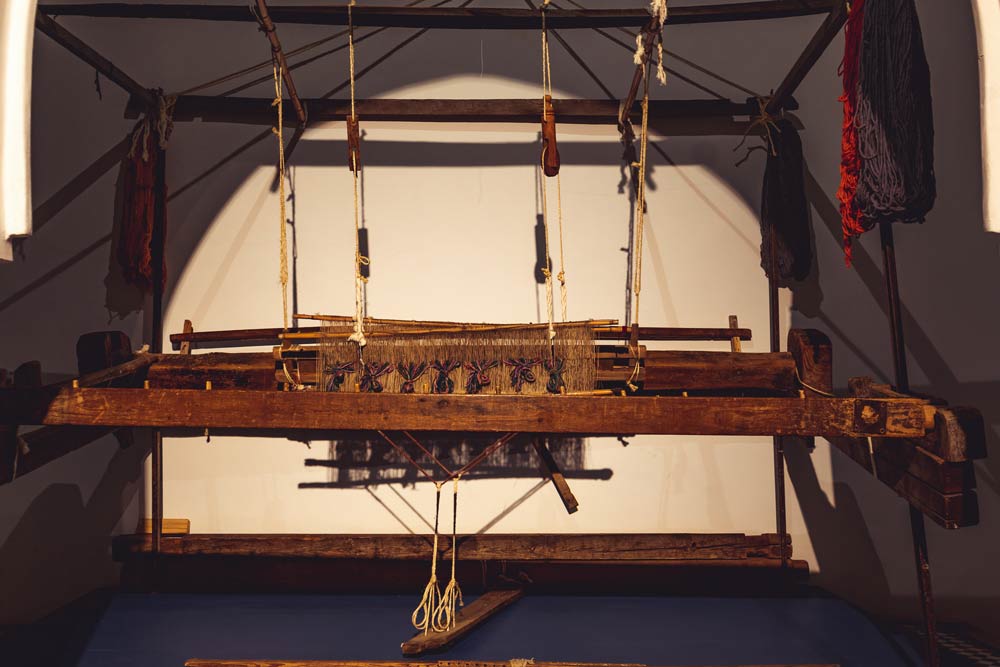